YTB‑782 Manistee is an US Navy Natick-Class harbor tug named for Manistee, Michigan. As a second tug with this name, Manistee was laid down in August 1965 at Marinette, Wisconsin, and already launched 2 month later. In the June after she was first placed in service at Naval Station San Diego. Later YTB-782 was transferred to Naval Station Yokosuka, Japan to assist the US Navy ships in docking and perform general towing services until 2012. Even though Manistee is still in active service and has been sold to a private company in Yokosuka. The ships hull is 33m long. With a Diesel engine an single screw she makes up to 12 knots.

The illustrated model shows YTB-782 in its late Yokosuka era. The hull is intentionally not painted as it will later become part of a Yokosuka Harbor Scenery pushing a US Navy Destroyer or Fregate together with her sister vessel YTB-787 Kittanning.

Straight from the box. The only thing I've added are the ropes on the main deck and reeled up to a hook at each corner of the main superstructure. Everthing else is was absolutely perfect... sharp resin molds, perfect level of detail, nice photo-etched parts. Absolutely recommendable for a nice quick model. 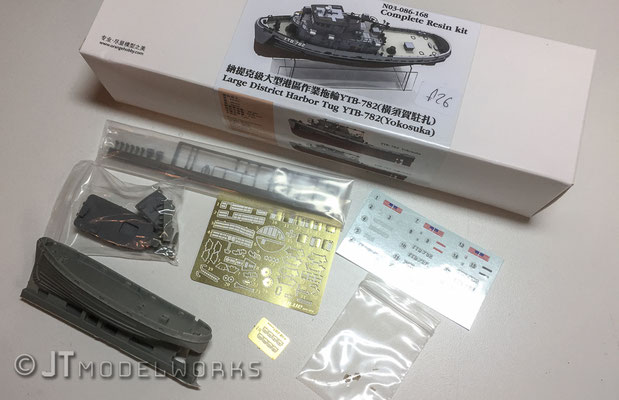 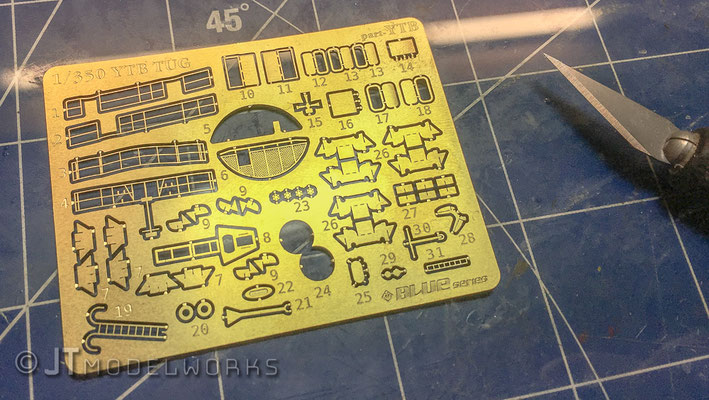 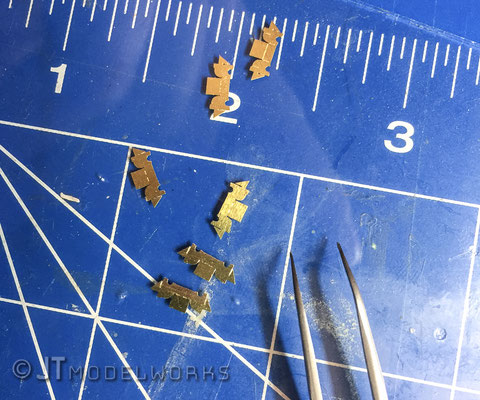 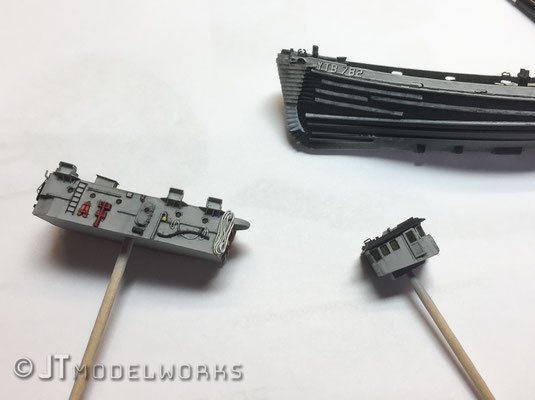 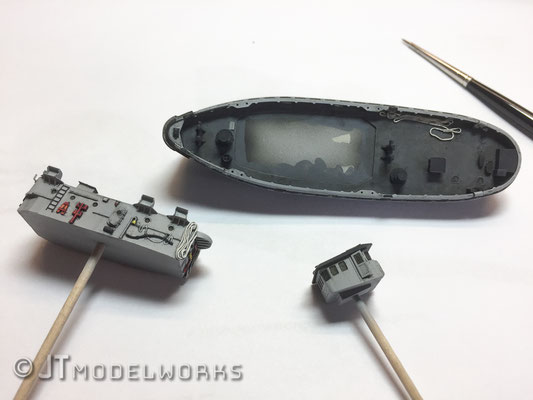 Some pictures of the single model before it will be part of a diorama. Therefore, please do not regard the sloppy stand... 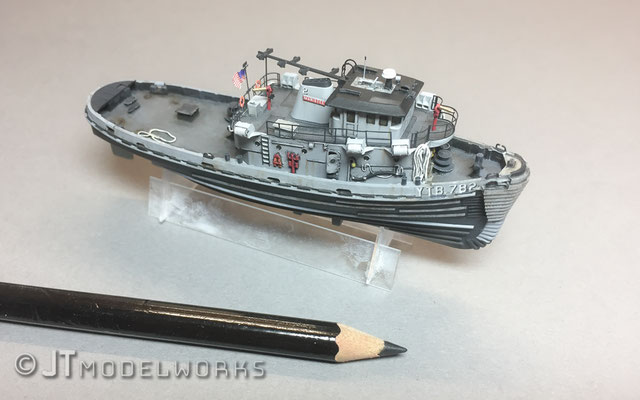 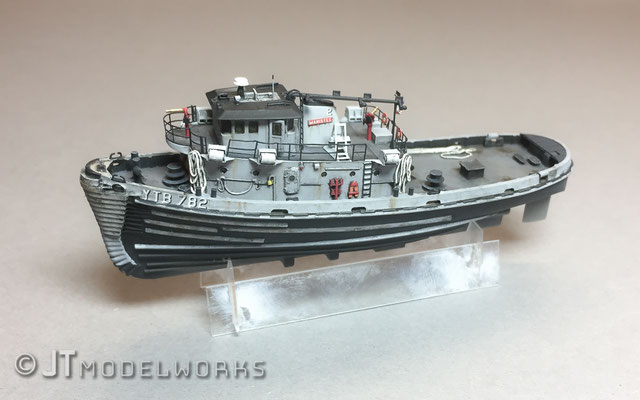 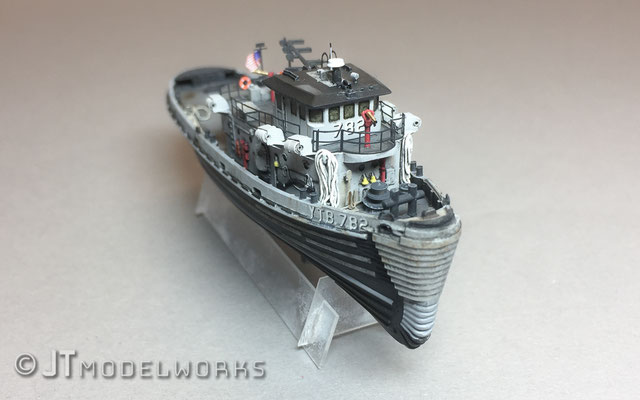 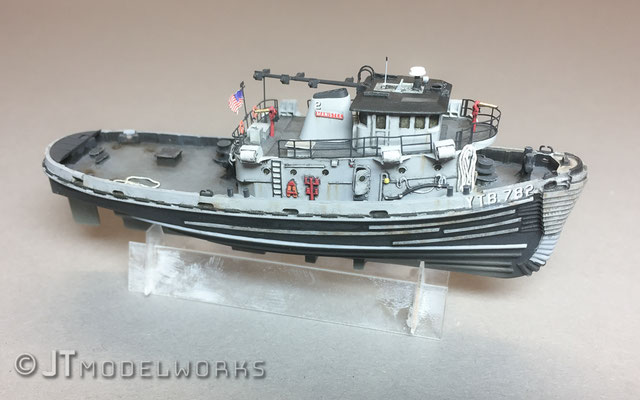 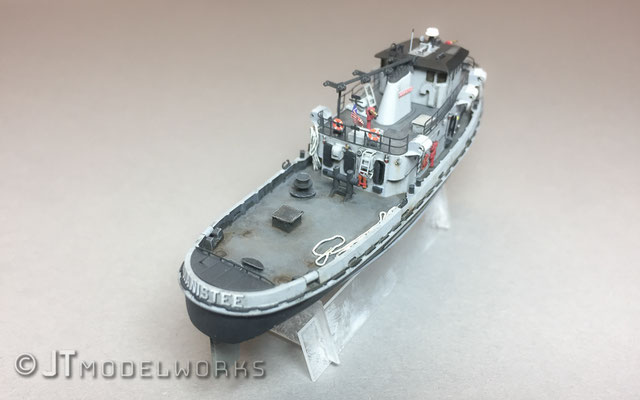 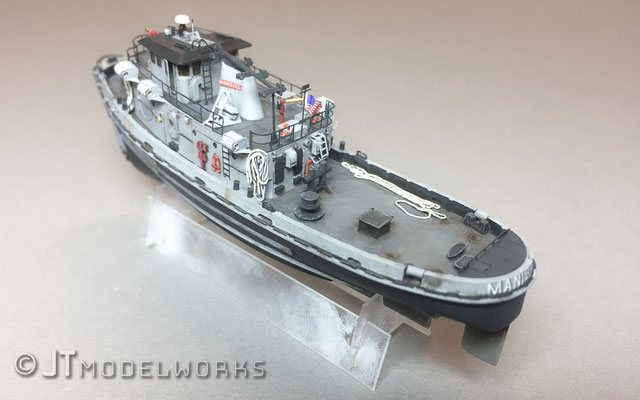 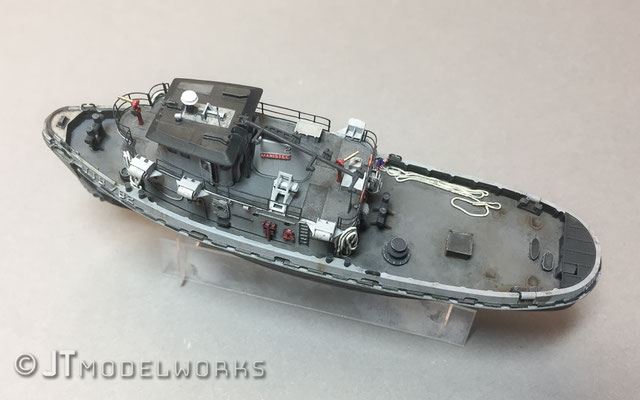 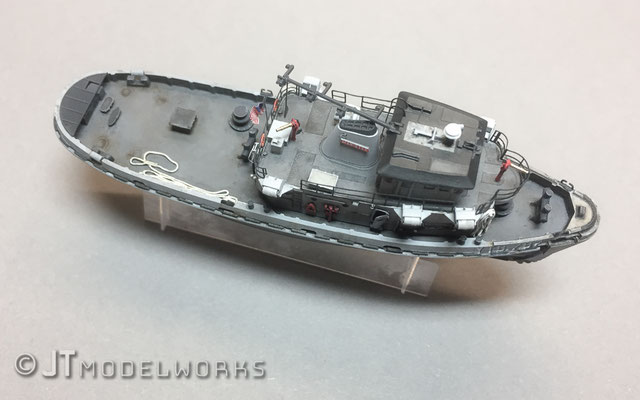