The Northrop Grumman MQ-8 Fire Scout is an unmanned autonomous helicopter developed by Northrop Grumman for use by the United States Armed Forces. The MQ-8B features a four-blade main rotor. It is fitted with stub wings which serve both an aerodynamic purpose as well as an armament carriage location. Weapons to be carried include missiles,  glide weapons, and several pods.

The MQ-8Bs is to be deployed on the Navy's Littoral Combat Ships from 2014 onwards. The Fire Scout significantly contributes to the LCS's primary mission roles of anti-submarine, surface and mine warfare. The ship's modular nature is complemented by the Fire Scout's own modular mission payloads. Therefore, my ship model of the LCS-1 USS Freedom is also complemented by this MQ-8B model. It illustrates an Fire Scout of the US naval helicopter squadron HSL-42. Based on the socket it shows the same scene to be found on the ship model's flight deck ... just a little bigger scale.

More about the Fire Scout Drone you will find here.

As mentioned, the first picture shows the scenery on the LCS-1 model. The build went absolutely straight foreward and out of the box. The kit is really outstanding, in shape and everything fits perfect together. Also some PE and 3D-printed were included with the kit. 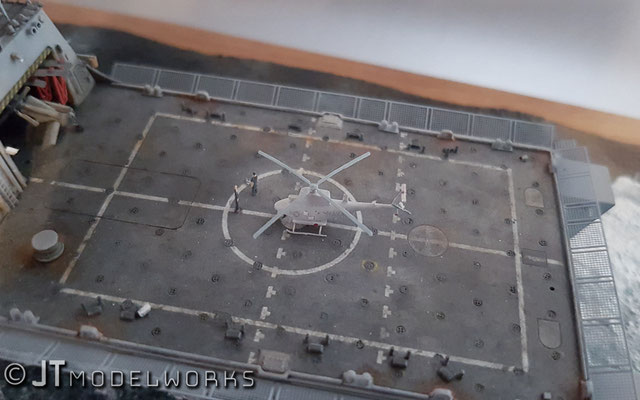 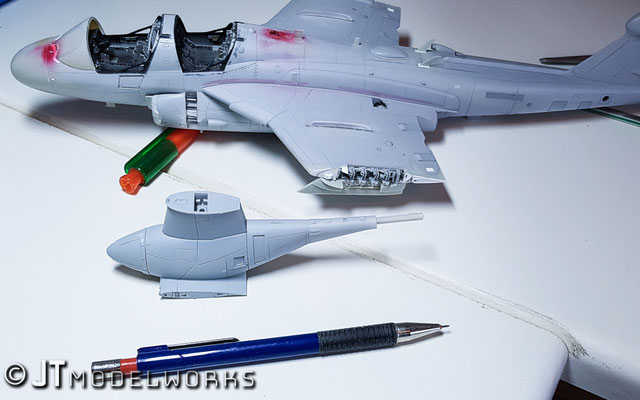 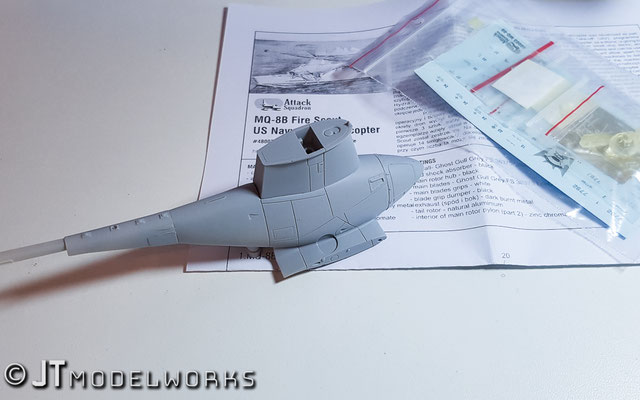 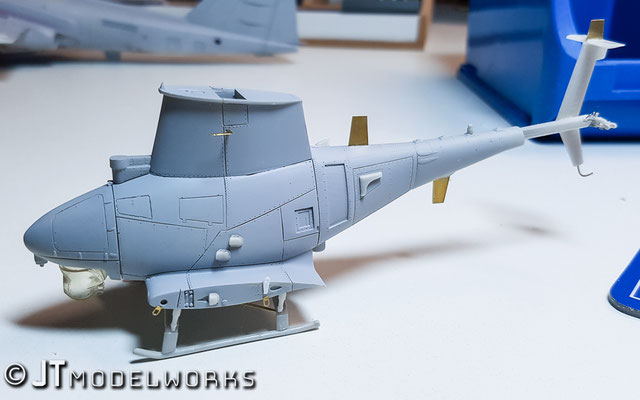 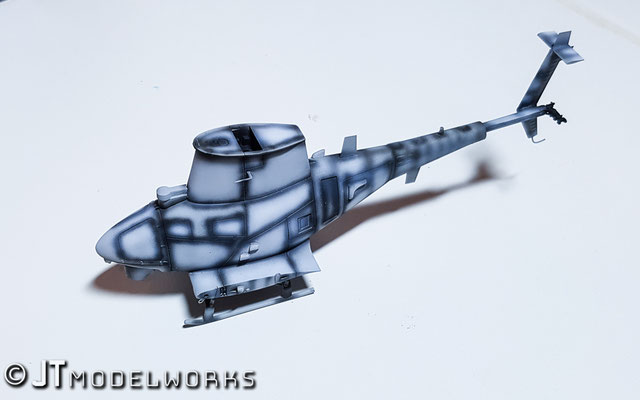 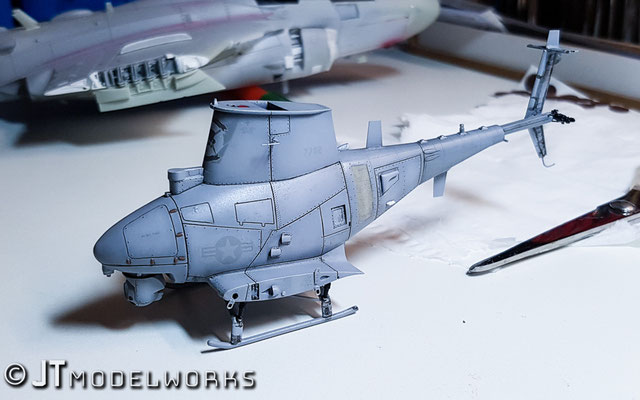 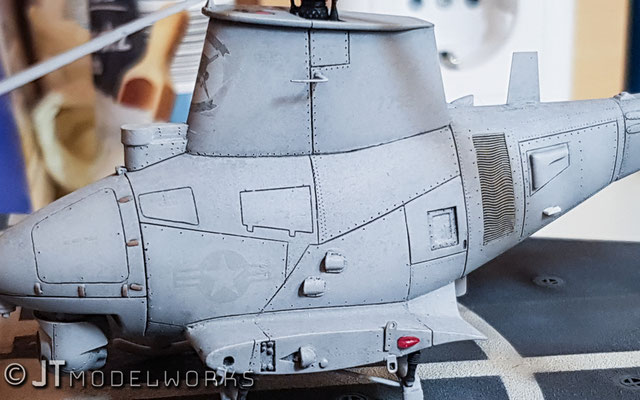 For the display base I took measure on the small thing. By the way, the welding lines are imitated with green putty. Photo-etched tie downs came from Flightpath. 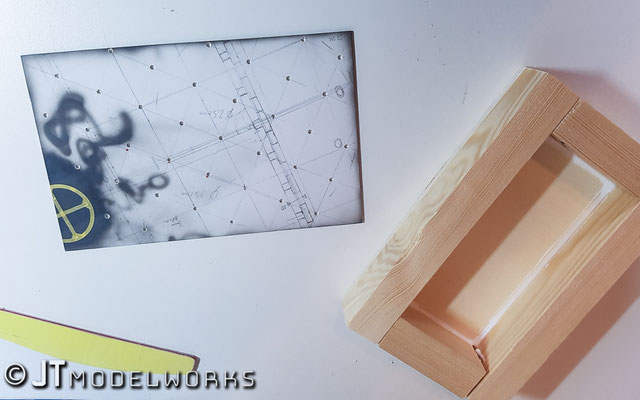 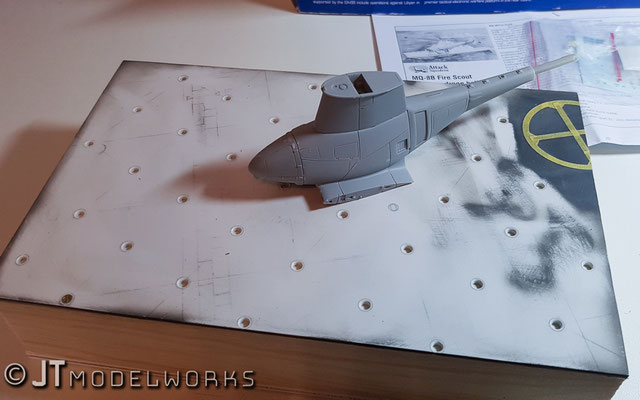 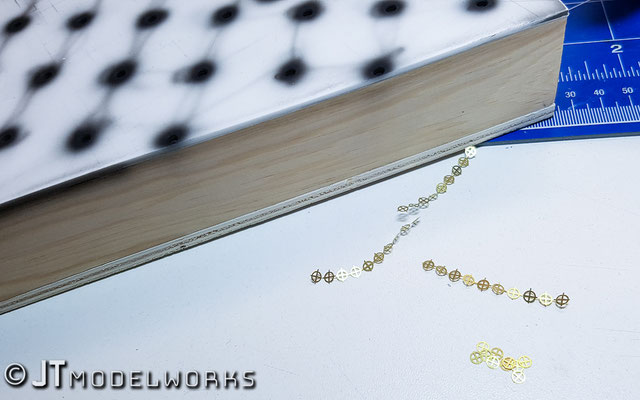 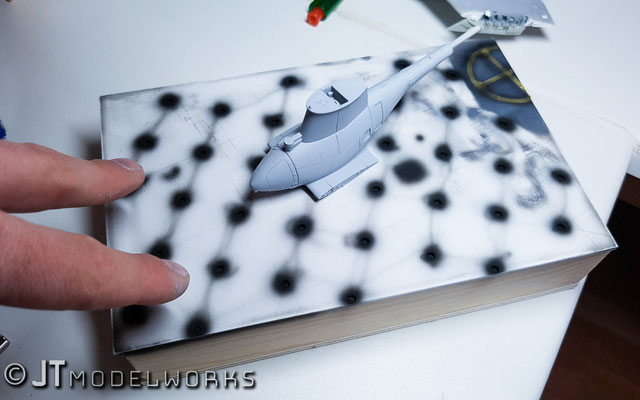 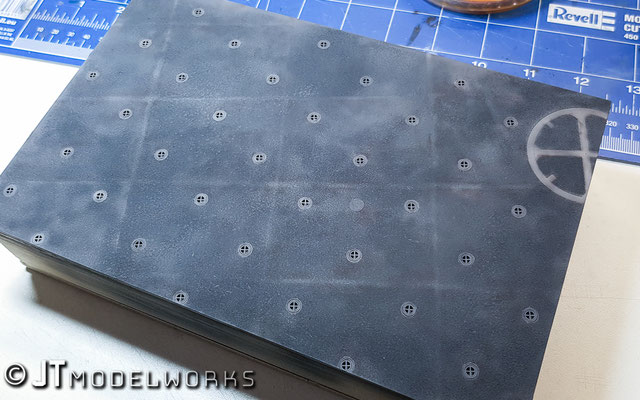 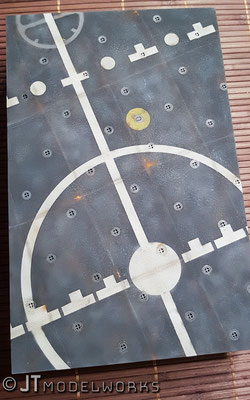 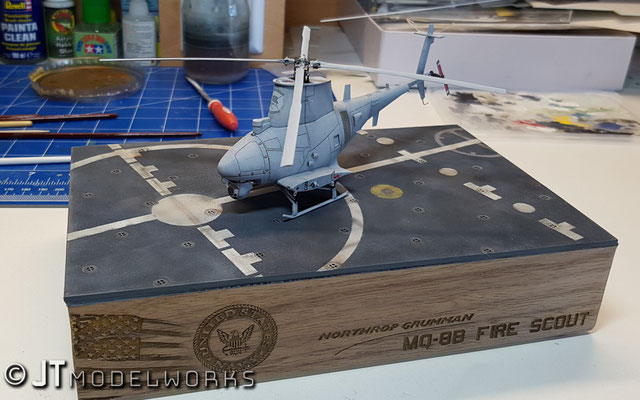 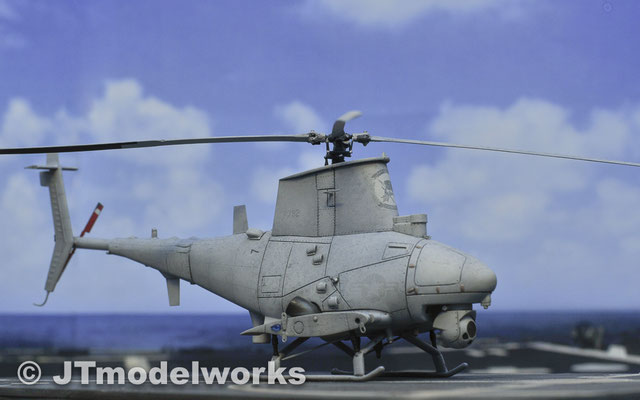 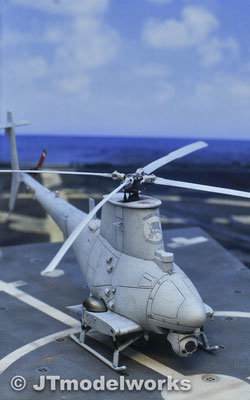 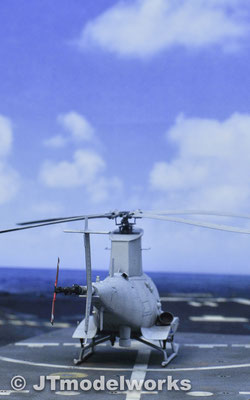 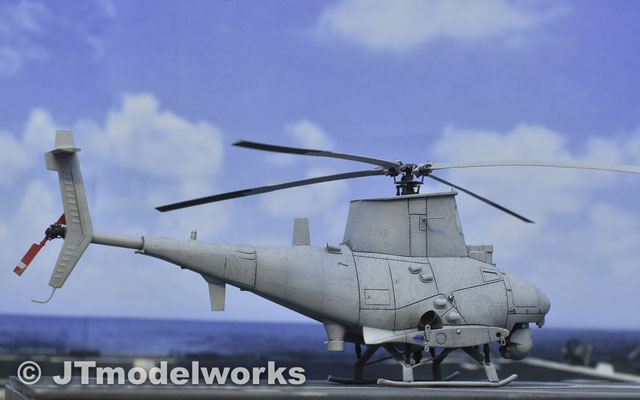 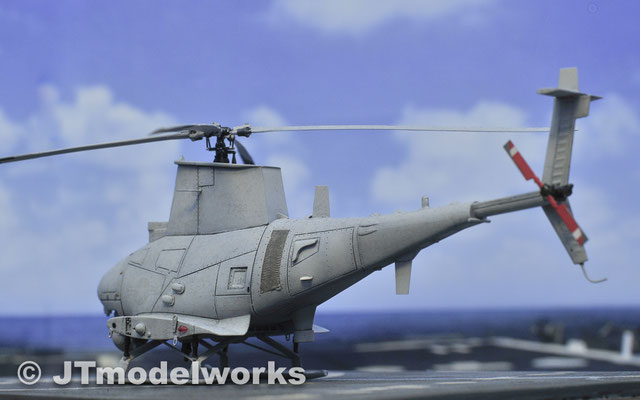 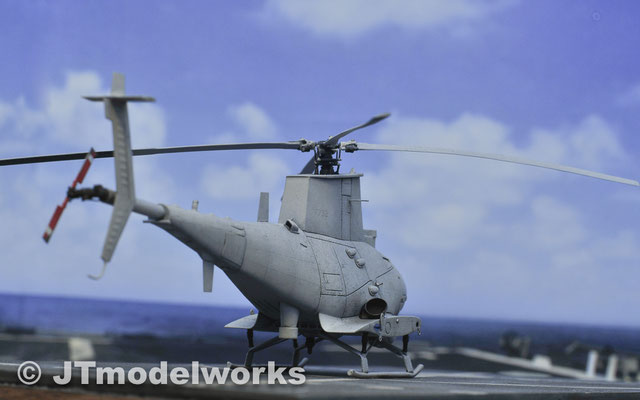 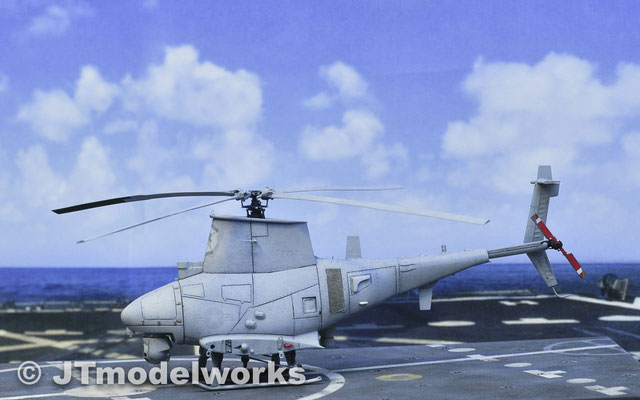 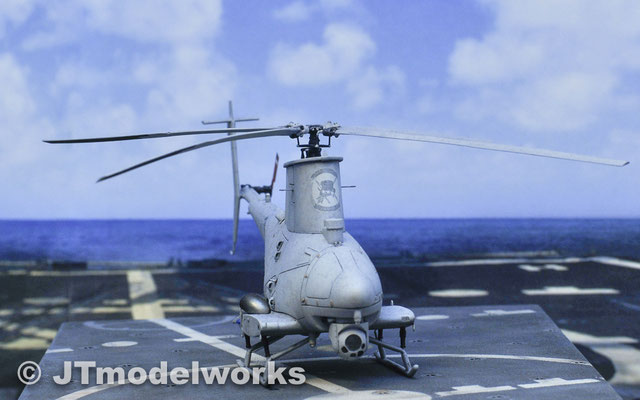 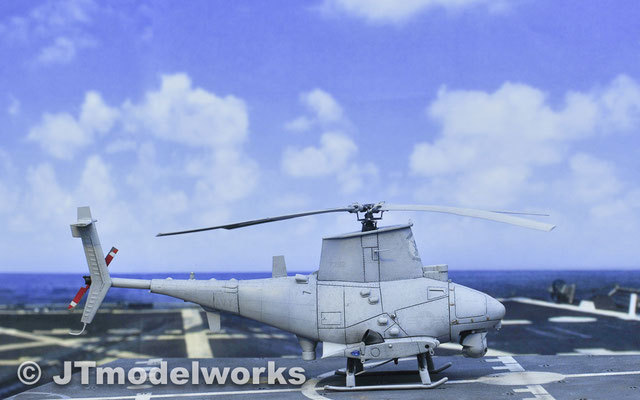 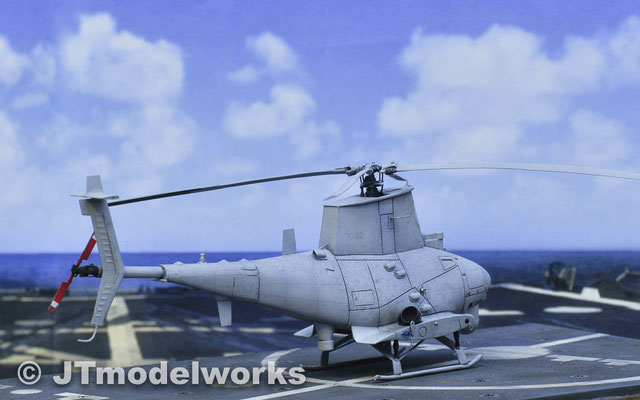 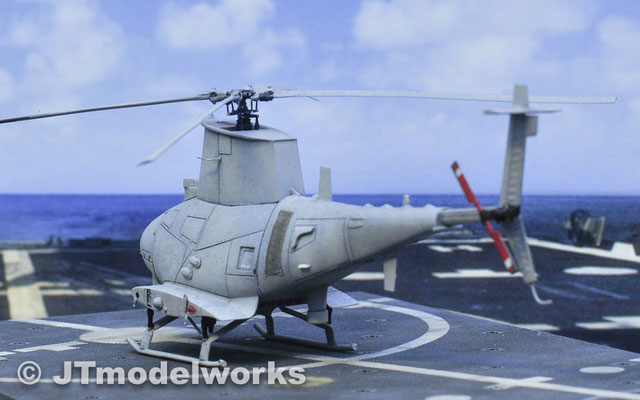 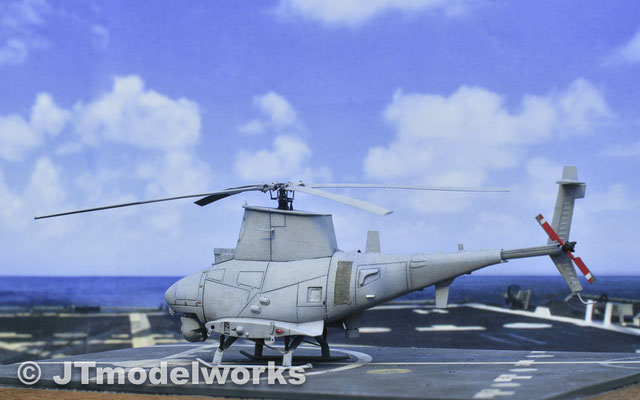 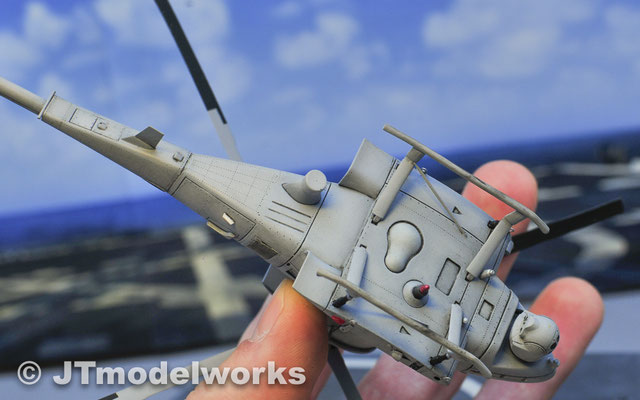